How to know if someone is using popper?

How do I know if a family member or friend is addicted to poppers? Learn the warning signs.

¿What are the warning signs of popper addiction? How do I know if a loved one is abusing them or using them too much? What are poppers, anyway?

The customer service at our Buy-Poppers online store, is receiving more and more questions about "poppers", as these vasodilators are often called. The popularity of these drugs is increasing. Poppers are inhaled; accidental ingestion can be fatal. Alkyl nitrates are used medicinally as an antidote for cyanide poisoning. Although some studies and research indicate that poppers are less dangerous than other types of drugs, many experts agree that their use can lead to serious health problems.

Although poppers do not cause physical addictiont, some people can develop a psychological dependence on them. Common side effects of  using poppers include headache, arrhythmia, asphyxia, or erectile dysfunction. Previously, it was suspected that poppers could be involved in the AIDS epidemic of the 80s and 90s, although this is not the case. While it may appear that poppers aren't very dangerous drugs, there are some very real side effects and the possibility of psychological addiction. 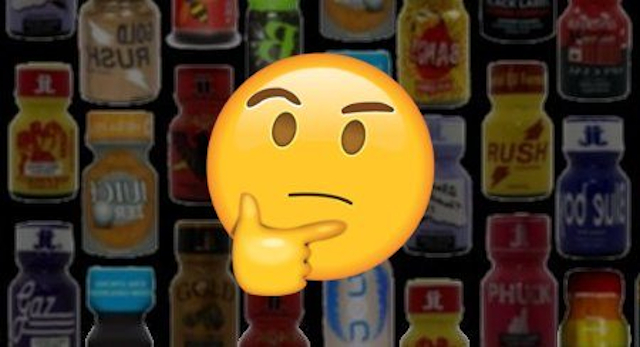 Side effects of popper poisoning include nausea, nosebleeds, dizziness, and breathing problems, and regular exposure can cause headaches. This volatile liquid may irritate the eyes and burn skin on contact. When ingested, amyl nitrite can be extremely dangerous, even fatal.

Enjoy your favorite popper in moderation

Poppers are regularly taken with other medications, which can worsen potential side effects. When poppers and Viagra are mixed, for example, it can lead to unconsciousness, coma, or even death. People who may have blood pressure problems are at a higher risk of having a negative reaction when abusing poppers.

Popper abuse lowers a person's inhibitions and can increase the likelihood of engaging in risky behaviours and sex practices that can be potentially dangerous. Unprotected sex can lead to unwanted pregnancies or the contraction and spread of an infectious or sexually transmitted disease.